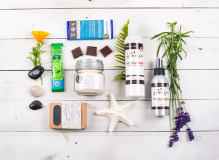 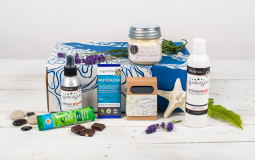 From the sea to the meadows, the most replenishing natural ingredients have been shaped into products which embellish their points of origin. Like a spring time bouquet of flowers, when this bundle of artisan goods is breathed in, their senses will do the rest. For added indulgence, the recipient will be treated to a couple of decadently dark artisan chocolate bars.